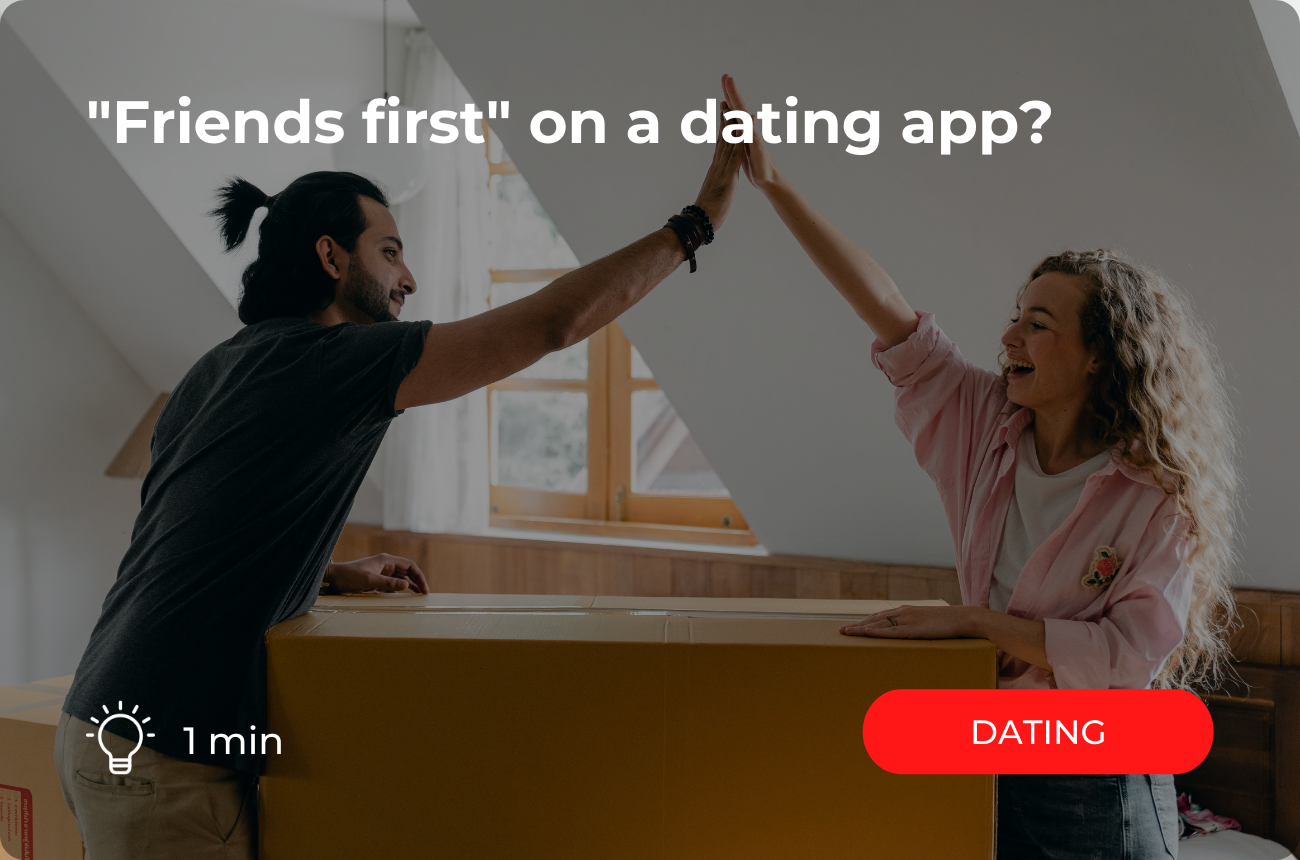 This is a clip from the WTF divorce podcast.

🎤 Listen to the conversation here:
‍

‍‍I want to be friends first

I was just talking with a girlfriend of mine, who's never been married, but she's on the dating apps that I was on before, like match.com.

And while I'm in a healthy relationship now, I was telling her how I've learned so much from whatever time I spent on the apps.

I told her if I ever go back on, the first thing I will write is, "I just want to be friends first. And if you're not okay with that, you can go the other way."

Because if you can be friends first, then there's something of substance there. And if you're only looking for sex, that's not me.

So I don't know if saying 'I don't want sex' on there is a good idea [laughing], but saying something like, 'I think a relationship is built on friendship first,' will attract the type of guy I would want. [like my current boyfriend, who was in the friend's zone first]